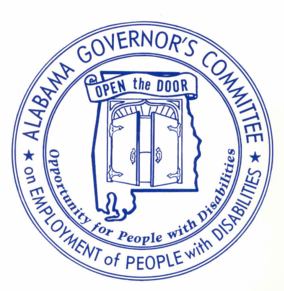 The Alabama Governor's Committee on Employment of People with Disabilities (AGCEPD) provides a forum for information exchange among committee members to increase awareness of people with disabilities and the barriers they encounter in their daily lives, particularly in the workplace.

In 1947, Gov. Jim Folsom issued an executive order to establish the Alabama Governor's Committee on Employment of People with Disabilities in an effort to assist veterans returning from World War II. The Governor's Committee became the state's counterpart to the President's Committee on Employment of People with Disabilities. The executive order was changed to state law in 1964, when the committee was assigned to the Division of Rehabilitation Services in the State Department of Education and remained with this agency when it became the Alabama Department of Rehabilitation Services in 1995.

Please submit your nomination to